Understanding the Fiduciary Duty of Being in the Boardroom 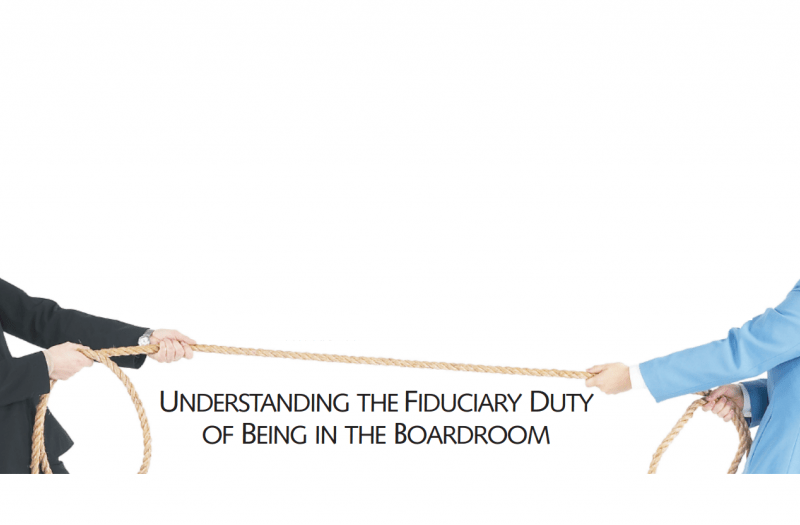 As elected directors of nonprofit and tax exempt organizations, the statutory standard is fairly straightforward and found in California Corporations Code Section 5231. Board members and directors shall perform duties:

In 2002, the Federal government responded to notorious corporate accounting controversies by adopting the Sarbanes-Oxley Act of 2002. It applies to publicly traded companies and banks have particularly been subjected to excessive financial reporting and governance standards. The “corporate responsibility” provisions defined in SarbanesOxley are now having a spillover impact on nonprofit corporations.

Non-profit corporations are not without their scandals and controversies. United Way of America, the Red Cross and others have found their controversies detailed on the front pages of the New York times, Washington Post, and Los Angeles Times. The media has also stepped forward to take advantage of getting front page headlines.

One of the areas where directors (and committee members) of common interest developments can fall into controversy is dealing with conflicts of interest. Whether perceived or real conflicts, corporate responsibility mandates that the corporation should have a conflict of interest policy, signed by each board member. Compliance should also include resignation by the director should a conflict occur.

What would constitute a conflict of interest and how best can the director maintain independence? Conflicts of interest can extend to an interest that could compromise the duty of loyalty. The duty of loyalty requires the director to act honestly and be guided in decision making by a primary allegiance to the corporation. “In other words, an “interest” director may not serve their own interest except to the extent that it coincides with the best interests of the corporation.

Here are some examples of a conflict of interest:

There is also plenty of case law that deal with conflicts of interest. One simple example includes Thorpe vs. Long Beach Community College, wherein the spouse of a board member was denied consideration for promotion at the college. The denial was upheld.

Another area of conflict would include self dealing transactions. This is one in which the corporation is a party and has one or more directors with a material interest in it. Self dealing would be permissible if:

There are circumstances that sometimes naturally unfold when a director provides a service at a discount to those with influence (the other association directors) and then is awarded a contract with the corporation. Even though this is a good guy doing a good thing for the community, the appearance of impropriety can create significant pressure on the directors. There may be a perception that the duty of loyalty has not been met to that a real conflict of interest has not been addressed by the full board. Damage to reputations can result, even if the perception is inaccurate.

California Corporations Code §5233 is an enforcement arm that addresses the unjustified favoritism to a director or self dealing by a director. If a director committed fraud in a self dealing transaction, it can also trigger punitive damages. Additionally, the Internal Revenue Service has defined that a disqualified person engaged in excess benefit transaction are subject to excise taxes and penalties (IRC 4958).

Ultimately, the failure to satisfy the standards as described above can result in personal liability for damages to the corporation as well as damages to third parties when a director acts outside the scope of their duties or corporate policy. If a director acts grossly negligent, or the actions are reckless, wanton or intentional, these actions will trigger punitive damages. Directors should also know that the damages caused by their failure to satisfy the standards may not be covered by their directors and officers insurance policy. The standard insurance exclusions on any policy include acting outside the scope of a director’s duties, deliberate fraud or self-dealing transactions.

The entire board would be exposed to personal liability, excluded from their insurance coverage, and potential sanctions levied by the IRS against a director and/or the manager. Yes managers, you are not exempt from certain fiduciary standards. The excise tax is up to 200% of excess benefit plus $10,000 per transaction. The corporation could also loose its non-profit and/or exempt status. The worst case? The directors loose credibility and their reputation in the community.

The bottom line….strictly adhere to the conflict of interest policy that conforms to the IRS model ad CACM Code of Ethics (for managers). Document disclosures of conflicts and how they are addressed, in the board minutes. For example, “the director with conflict abstained or was not involved in the deliberations or the vote.”

Make sure all directors comply with other governance and corporate policies (i.e. the Bylaws, anti-nepotism policy, etc.). Use independent advisors, especially for audits, accuracy of financial statements and significant transactions.

If in doubt, consider how ambitious enforcement agents, aggressive owners and the media would characterize the events. Under these circumstances, do you really want to be a media star? Create and “hold true” the conflict of interest policy.